And the Star-Spangled Banner in Triumph Shall Wave 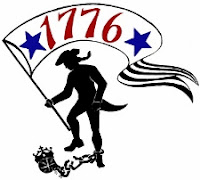 Independence Day stirs up such emotion for me.  It is one of my favorite days of celebration, even though, I don't have to shoot off fireworks or gather for picnics to feel its importance.

Being a patriot, the mere passing of the flag in front of me brings tears, as does the singing of the national anthem.  My anger wells up when I see others not standing in honor of the Stars and Stripes or the Star Spangled Banner and you might find me verbalizing it!

The winning of the war with England for our independence from the king's tyranny was only by the Grace of God, then the building of the foundation on God's Word, only served to strengthen it.


This Republic, that is the outcome of such hardship and courage of the early patriots, is a spectacular treasure.  The Declaration of Independence and the Constitution remind me of the greatness of our country and how it used to be much better when people actually took responsibility for themselves and their actions and when we appreciated who we were.

So much has happened in the last few decades that has caused the United States to become weaker and less powerful in the world around us.  We have allowed diversity to change the great enticement we held over the rest of the world.  They all used to want to come here because we were the land of the free.  We have allowed that diversity, meant to cater to each one's uniqueness, to separate and divide us.

We must, once again, begin to appreciate the great country that we are and what it actually means to be free.  We must begin by understanding that the Constitution is the Law of the Land and it is not to be taken lightly.  We need to understand that once the erosion of the the foundation of this great Republic has gone so far, then the end of this country is imminent.  We must wake up and take control  back from the people that are abusing the power given them by us at the polls.

It does not matter if you are Democrat or Republican, once the voice of the people ceases to be heard and heeded, the Republic dies and our need for parties dies with it.

Take time this July 4th and reflect on what the Constitution, Bill of Rights, and the Declaration of Independence really, really mean to you as a United States citizen and what would happen if we lost it all because we were sleeping on our watch?

Enjoy your holiday and revel in the awesomeness of it...remembering that We are the greatest country in the world....We are exceptional.....because we are a Christian nation.

And the star-spangled banner in triumph shall wave,
O'er the land of the free and the home of the brave!

(For all 4 verses of the Star Spangled Banner go to: Jack County GOP/Patriotism 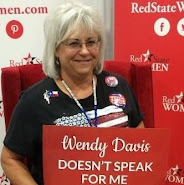 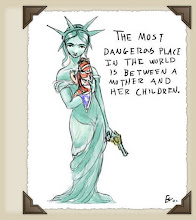